Marx’s Theory and Philosophy of Praxis

Between academia and ideology

Hungarian writer and historian György Dalos described his relationship to Marx in a short, reflective piece that appeared in the Neue Zürcher Zeitung on 25 October 2017. Dalos states that we are now a generation further on from the collapse of the Soviet system. In light of these experiences, he writes that all political “Isms” are now a thing of the past for him. But Dalos also pensively asks if the world would be a better, more peaceful, more rational place without Isms? He wonders whether, without such doctrines and their reassuring, forward-looking regularities, we would be condemned to a lifelong present? The question that must be asked, however, is a different one, as it would be disastrous to once again bind the promise of a more open future to legalities.

Thoughts on the 170th anniversary of The Communist Manifesto

At some point between 23 February and 1 March 1848 – the exact date remains disputed – a political text comprising a small 23-page pamphlet was published in London. The document was written following a congress held by the Communist League in the British capital in the middle of December 1847, during which it had been decided that the League would meet on an annual basis every August and subsequently commission a “manifesto in the name of the party”.

“Feminism Is for Everyone”

Perspectives for a Feminist Class Politics

2017 began with a global wave of feminist protests. Opposition to Donald Trump’s election as the 45th President of the United States was expressed most visibly by the Women’s Marches – and not only in the US itself. In Poland, resistance to restrictions on reproductive rights by the country’s right-wing government continued, while 8 March brought hundreds of thousands onto the streets from Buenos Aires and Istanbul to New Delhi. In Germany, as well, International Women’s Day witnessed demonstrations the likes of which we had not seen in decades.

Capitalism as a service – capital is going digital

Why digitalisation is not sounding the death knell for capitalism

In his 2015 book, Post-Capitalism, Paul Mason concludes that ‘the technologies we’ve created are not compatible with capitalism’. Regarding the 2008 financial crisis Mason writes that ‘although capitalism is a complex, adaptive system’ it has now reached ‘the limits of its capacity to adapt’. This is not crisis as usual, it’s the final one; we’re experiencing the advent of a post capitalist world order.

The end of growth for global capitalism?

On our options to overcome the spectre of secular stagnation

In an article published on 17 July 2016 in the German weekly Frankfurter Allgemeine Sonntagszeitung, Peter Bofinger, a member of the German Council of Economic Experts, argues that ‘a spectre is haunting the global economy – the spectre of secular stagnation’. As he writes, the phenomenon is based on a profound feeling of discomfort regarding the state of the global economy, which has been plagued by major dysfunctional issues for several years.

How typical are atypical employment relations?

Politicians, economists and sociologists – they all assumed until recently that in the long term capitalism produces certain »typical« employment relations that harmonize best with profitability and capital accumulation. Reality, however, is considerably more complex.

Even closer to the truth

Why we ought to read Keynes with Marx in mind, and why doing so can help us learn – from Keynes. A response to Michael Roberts

To many who subscribe to Marx’s theory and critique of political economy, the economist John M. Keynes is a provocation: aside from Marx, hardly any other scholar so fundamentally challenged the predominant economic theory of his time.

A Gap in Marx’s Work or the Ignorance of the Reader?

So many accusations have been levelled against Marx and, to an even greater extent, his friend and co-author Friedrich Engels in the 150 years since Capital was first published that the charges are almost too many to list. Unlike the political economists that came before him, Marx was supposedly unable to explain price formation. What is more, according to his critics, the predicted immiseration of the working class never occurred, and capitalism was not in a state of collapse, but has instead emerged victorious from the battle between competing social systems.

Getting to the Bottom of the Concept

What does "Critique" mean in the "Critique of Political Economy"?

The words “critique” and “criticism” are often used.  When we “criticize” something, we often mean that something is not as it should be.  For example, we criticize the fact that there are drastic differences between the amounts in people’s wallets, and that the profits of business are not adequately redistributed.

Scientifically erroneous and without application to the modern world

Michael Roberts on Marx vs. Keynes and why Marx was closer to the truth

In 1926, John Maynard Keynes, already the most celebrated economist and political writer of his time, reviewed the competing ideas of conventional economics (which he called ‘laisser-faire’) and its revolutionary alternative (Marxism).  In his book, Laisser-faire and Communism, Keynes, a contemporary of the Bolshevik leaders Lenin and Trotsky, sought to dismiss the Soviet revolution that had shocked the ruling groups of the rest of the world just a few years before.

Preserving Marx’s Thought without the ‘ism’

Why the search for an alternative development model does not work with Marx alone. But without him either.

With the dissolution of the socialist camp and after the implosion of the Soviet Union at the beginning of the 1990s, Karl Marx was regarded as finished. Capitalism achieved a legitimation bonus. Francis Fukuyama spoke of the ‘end of history’. An entire decade-and-a-half later, the global financial crisis broke out, pulled the real economy into the abyss, and reinvigorated interest in the work of the one who had been declared dead.

The potential for politicisation in "Capital" - for both the reader and the author, and the subject of capitalism analysis itself as well.

The political aspect of Karl Marx’s Capital is rooted in the specific character of the ‘critique’ of political economy because the latter contains a potential for politicisation for both the reader and the author, as well as for the object of the analysis of capitalism itself. 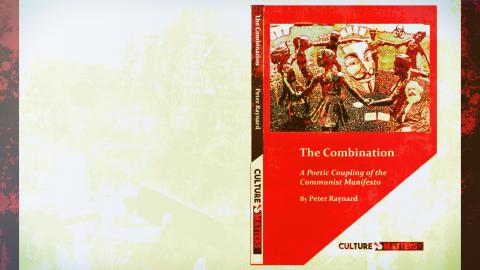 “Capitalism has subjected the country to the rule of the towns. It has created enormous cities. Capitalism has agglomerated population, centralised means of production, and has concentrated property in a few hands.” As many readers will know, Karl Marx wrote these words, but used ‘bourgeoisie’ instead of capitalism. The words were swapped in a 2012 lecture by John Lanchester (he of Whoops, and Capital) marking Marx’s 193rd birthday, to show how prescient he was in describing the structure of capitalism and the way in which it changes the landscape. 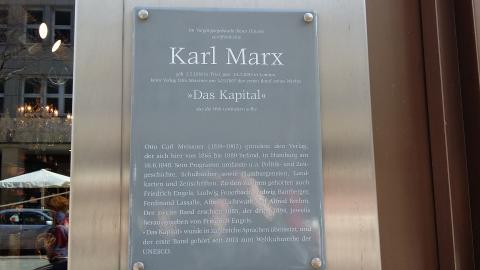 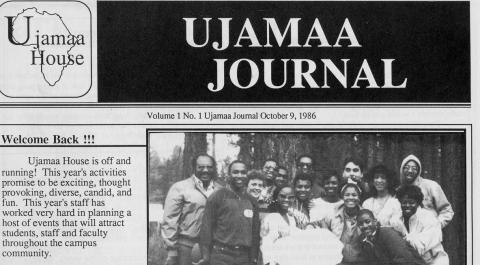 LIBERATION, SELF-RELIANCE and MARXISM – the Tanzanian Way of Socialism

Marxism as the ideological core of a developmental strategy emerged in Tanzania in the late 1960s as a result of a particular constellation of forces – the intension of the newly liberated country to pursue an alternative development model.

A who’s who of Russia before the Revolution, February 1917

Political parties had it tough in Tsarist Russia. After the defeat of the revolution of 1905-1907, with the formation of the Duma, there was a parliament; however, it was determined according to a three-class franchise system, and placed poorer social strata and the cities at a disadvantage. Both active and passive suffrage were connected to the ownership of land. The fractions were more like tendencies than party fractions. 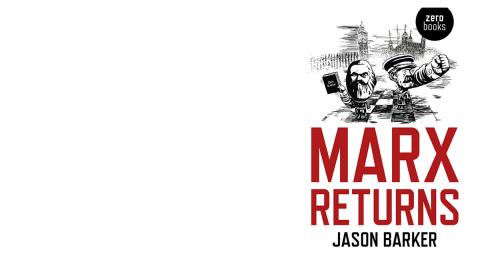 From Marx reloaded to Marx returns

Jason Barker is the writer, director and co-producer of the 2011 documentary Marx Reloaded. He is Professor of English at Kyung Hee University, South Korea. His new novel Marx Returns is published by Zero Books. Marx200 asked him about his new book and what has happened between Marx Reloaded and Marx Returns. More information about the novel at: www.marxreturns.com