Marx as a Migrant

Paris, Bruselles, London – On the trail of the philosopher from Trier 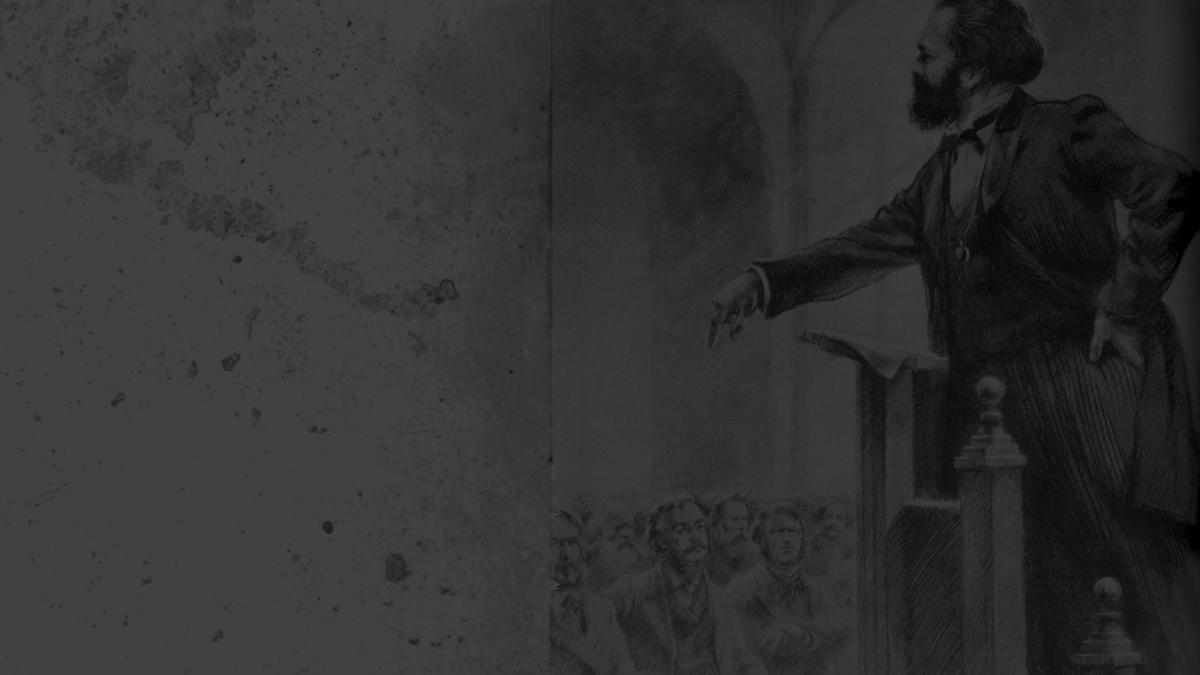 The Russian revolutions of February and October 1917 shook the world and had a lasting impact on the "short 20th century".

Marx published the first volume of Capital in 1867. Since then, Capital has continued to write its own history.

„To my dear Cacadou. Old Nick“

15 original photographs of Karl Marx.
They shape our image of him until today.

What has Marx done today?

02.05.1838: Marx visits ill father and presents himself at military commission for 1-year voluntary service but is deffered. [e]

30.04.1853: Family Marx has financial difficulties. After Jenny Marx had aksed relatives and friends, she asks Engels for financial help [e]

29.04.1870: Marx receives from Geneva the first Russian edition of the "Manifesto of the Communist Party". [e]

28.04.1853: Marx writes articles for "New York Tribune" on the situation in Switzerland and on emigre persecution by British government. [e]

26.04.1870: Marx proposes in general council to break with newspaper "Bee-Hive" which has turned into bourgeois newspaper. [e]

25.04.1865: Marx reports in the meeting of the Central Council of the IAA about the strike of the Leipzig book printers. [e]

17.04.1871: In a letter to the Hanoverian doctor Louis Kugelmann, Marx emphasizes the great importance of the Paris Commune. [e]

15.04.1841: Marx's dissertation is accepted at Uni Jena. His doctoral degree is printed on this day and sent to Berlin. [e]

12.04.1865: In German Educational Association for Workers in London, Marx talks about opportunism of Lassallean leadership of the ADAV [e]

11.04.1865: Marx is nominated provisional secretary for Belgium by the Central Council of the IAA. [e]

10.04.1871: Marx reports in letter to Wilhelm Liebknecht about alleged connection of Carl Vogt to Bonapartist government in France [e]

09.04.1870: Marx explains in letter to leaders of German sections of International in USA attitude of General Council in Irish question. [e]

06.04.1841: Marx sends dissertation "The Difference Between the Democritean and Epicurean Philosophy of Nature" to phil. fac. Uni Jena. [e]

04.041859: Marx asks Lassalle for financial support, he can rebate it from the fee for "A Contribution to the Critique of Pol. Economy". [e]

“Capitalism has subjected the country to the rule of the towns. It has created enormous cities. Capitalism has agglomerated population, centralised means of production, and has concentrated property in a few hands.”

As many readers will know, Karl Marx wrote these words, but used ‘bourgeoisie’ instead of capitalism. The words were swapped in a 2012 lecture by John Lanchester (he of Whoops, and Capital) marking Marx’s 193rd birthday, to show how prescient he was in describing the structure of capitalism and the way in which it changes the landscape.

“… before all else a revolutionist”. Marx and the question of strategy

The multiple crisis of capitalism goes hand in hand with a multiple crisis of the left. And amidst this crisis, we find ourselves commemorating the 200th birthday of Karl Marx and the 150th anniversary of the publication of the first volume of Capital. But how are we to treat Marx and his works? How important is he for us today – for our capacity to transform the world in practice?

In 2011, I invited Postone to speak at the New School for Social Research in New York, as the keynote to a graduate student philosophy conference called "The Spirit of Capital: Hegel and Marx." Postone gave a sweeping lecture on the the role of Hegel's concept of Spirit in the works of Marx and Lukács. His critique of labor was disorienting for many, as was his view of capital as an "automatic subject", similar to Hegel's view of the self-mediating dynamic of Geist. After the conference, Postone mentioned that he was working on three books: one on Capital, one on the Holocaust, and one on Critical Theory. I hope they one day see the light. On the occasion of his death, I offer the following brief summary of some of his key ideas on Marx, capital and value.

The International Working Men’s Association - founded in London on September 28, 1864 - was an organization with several different political currents that were able to coexist with each other. Reformist trade unionists from England, French mutualists inspired by the theories of Pierre-Joseph Proudhon, anticapitalists, and a variety of other groups, including those who were influenced by the ideas of 'utopian' socialists, participated for eight intense years to develop the first transnational political experience of the labour movement.

Silvia Federici on Marx – and how he helps to understand why capitalism needs sexism. 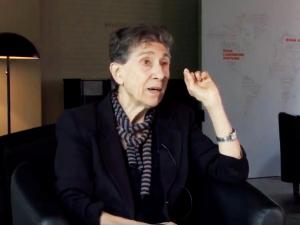 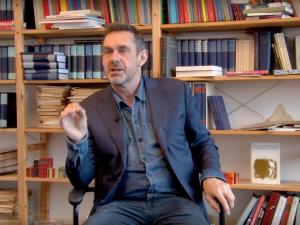 Nancy Fraser about a complicated relationship

Paul Mason on Exploitation. Episode 5 out of a series o five. 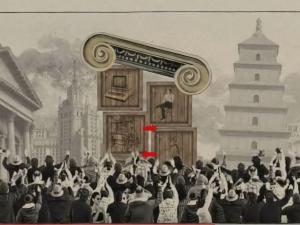 Paul Mason on Exploitation. Episode 4 out of a series o five. 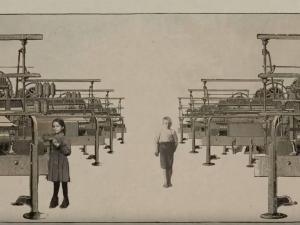 K is for Karl - Exploitation (Episode 4)

Paul Mason on Revolution. Episode 3 out of a series o five. 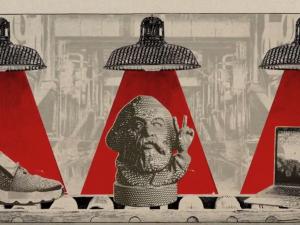 K is for Karl - Revolution (Episode 3)

Paul Mason on Communism. Episode 2 out of a series o five. 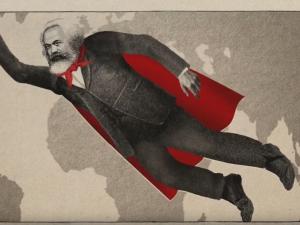 K is for Karl - Communism (Episode 2)

Paul Mason on Alienation. Episode 1 out of a series o five. 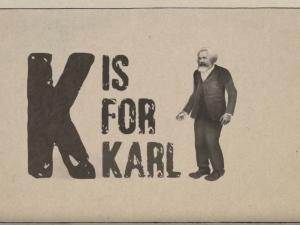 K is for Karl - Alienation (Episode 1)

Bill Fletcher talks about the Black contribution to Marxism. 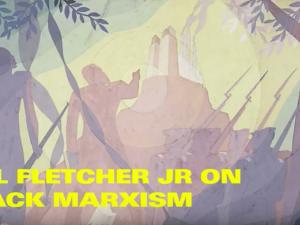 Ursula Huws, Nadine Müller, and Jenny Simon on the relevance of economic analysis in Capital 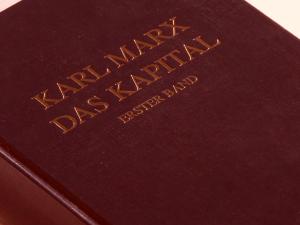 David Harvey talks about the relevance of Marx’s Capital today 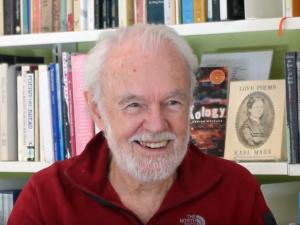 Annelie Buntenbach talks about the importance of Marx for her work as a trade unionist. 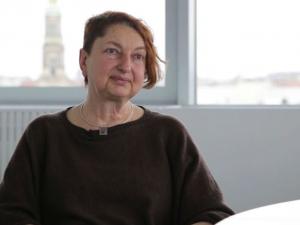 Marx provides us with a glimpse behind the scenes of capitalism

Joshua Simon, Director of the MoBy Museum in Bat Yam, discusses his exhibition in Israel and Berlin. 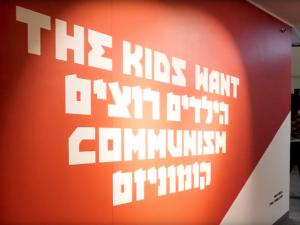 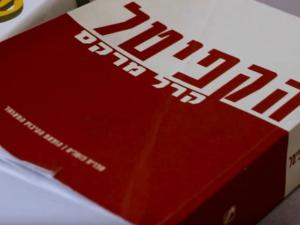 “Even the ruling class is alienated”

Gesine Schwan on the current relevance of Marxian analysis 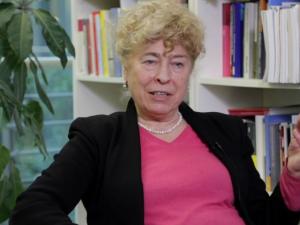 Bini Adamczak, Michael Brie and Wolfgang Fritz Haug about the political in Capital 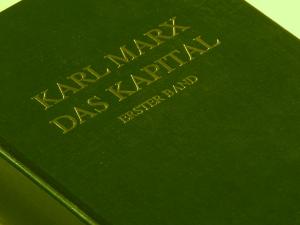 „I read the Capital after a schoolstrike“

„The best authority on today’s society“ 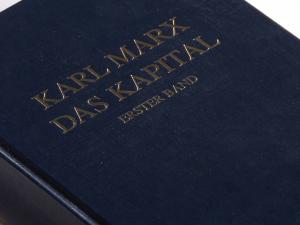 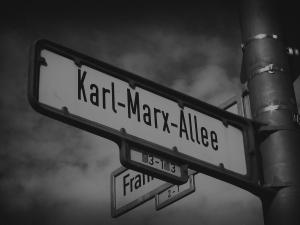 It’s got something to do with communism, right?

15 original photographs of Karl Marx.
They shape our image of him until today. 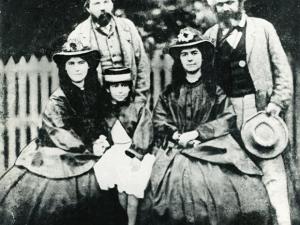 „To my dear Cacadou. Old Nick“

Numerous authors wrote forewords and afterwords for Capital and the Manifesto. They are indicative of the relative social contexts and provide evidence of the historical shifts in the reception of these works. What did these authors emphasise in their fore- and afterwords? Which readings of the texts did they produce? Which topics stood at the centre of debate at a particular moment?

Work on the Historisch Kritische Wörterbuch des Marxismus (HKWM) project began in 1983, the year of the 100th anniversary of the death of Karl Marx. In over 15 volumes including 1,500 entries, numerous authors define and explain Marxist terminology. So far, volumes 1 to 8/II have been published; some of the most important terms stem from these volumes.

The journal Historical Materialism has published some further terms in English.

Marxism? Think one, two, many Marxes …

"All I know is that I am not a Marxist," Karl Marx is reported to have said. He made this much quoted remark with a nod to the Marxist current developing in France at the time. We do not know what exactly Marx was distancing himself from. What is certain, however, is he could not have anticipated one thing: the extent to which, following his death, in his name, though in the form of an "ism," one of the most influential intellectual currents and political movements would spread across the entire globe – Marxism.